Qatar 2022 will be England’s (ENG) seventh straight football World Cup. The Three Lions have made nine quarter-finals since playing their first FIFA World Cup in 1950 but have lifted the World Cup trophy just once. England (ENG), fifth in FIFA Rankings, have been clubbed with Asia’s top-ranked side Iran, the United States and Wales in Group B. It is the only group at this World Cup to have all the teams ranked inside the top 20. England (ENG) will open their campaign against Iran on November 21. They will face the United States on November 25 (Qatar time) and then take on neighbours Wales on November 29 (Qatar time). All matches can be seen on live streaming in India.

Things have been looking up for the English national team in recent years with an appearance at the World Cup semifinal in 2018 and the 2020 European championship (EURO) final held in 2021. The Three Lions are craving a world title in Qatar 2022 which will begin on Nov. 20, coming off a steady performance in those tournaments. The European football giant and 1966 world champions did well until the EURO 2020 final, losing the European title to Italy on penalties at London’s Wembley Stadium in the summer of 2021. England won the World Cup qualification — UEFA Group I to qualify for Qatar 2022. The Three Lions were in the same qualifying group with Poland, Albania, Hungary, Andorra, and San Marino. At the 2022 World Cup Group B, England will play with Iran, the US, and Wales.

With the players who helped England (ENG) make the semi-finals in 2018 and the Euro 2020 final last year still part of coach Gareth Southgate’s plans, the Three Lions will enter Qatar with one of the more talented and settled pool of players. Everton’s Jordan Pickford will be expected to be England’s goalkeeper at the World Cup while defenders Trent Alexander-Arnold, who plays for Liverpool, and Manchester’s Harry Maguire and Luke Shaw will man England’s backline. Liverpool’s Jordan Henderson will be the main man in the mid-field that will have Chelsea youngster Mason Mount, West Ham’s Declan Rice and Borussia Dortmund’s Jude Bellingham. While Harry Kane will be England’s go-to man upfront, Raheem Sterling, Bukayo Saka and Phil Foden also possess the creativity and pace to trouble any defence in the world.

The World Cup starts in less than a fortnight, and Wales are going to be there. As incredible and unlikely as that sounds, it’s also very real and it’s time to get up to speed with when the matches are and what the TV situation is so that you can enjoy the ride. Rob Page’s men face the USA, Iran and England in the group stages in Qatar, with a real hope that with Gareth Bale, Aaron Ramsey and Joe Allen firing on all cylinders they will be be able to progress deeper into the tournament. Not since 1958 have Wales played at a World Cup. As comedian and Welsh football fanatic Elis James will tell you, that was so long ago it was before the invention of the duvet… But 64 years on, a new generation finally have the chance to replicate the exploits of John Charles, Ivor Allchurch, Cliff Jones and co.

At Sweden ’58, Wales advanced past the group stage by beating Hungary 2-1 in a play-off, having finished level on points with the Magyars, before going down 1-0 to eventual winners Brazil in the quarter-finals as a 17-year-old Pele burst on to the world stage. In Qatar, there is no reason why the 2022 version of the Welsh side can’t match their predecessors and reach the knockouts as they try to navigate a group containing Iran, USA and fierce rivals England. This is team used to making history, after all. A 58-year major tournament drought was ended with aplomb as they not only qualified for Euro 2016 but stunned the world to reach the semi-finals before making a second European Championship four years later and finally ending that World Cup qualification hoodoo with a 2-1 victory over Austria and a 1-0 win over Ukraine in the play-offs – Gareth Bale scoring all three of their goals.

As the one, true world-class player in Rob Page’s side, captain and all-time top scorer Bale is still the talismanic fulcrum around which this team revolves but while other elements of the Euro 2016 crop remain – including the likes of Aaron Ramsey, Joe Allen, Ben Davies and Jonny Williams – there is also a new generation ready to shine in Qatar. Ethan Ampadu, Neco Williams, Dan James and Brennan Johnson provide an exciting younger core and if Page can get the combination of youth and experience singing, more history could yet be in the offing 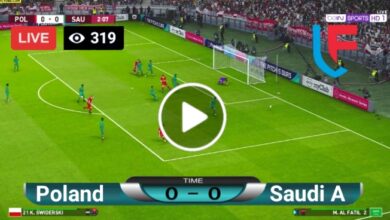