Real Madrid will aim to make it seven wins on the bounce in the 2022-23 La Liga season when they return to action against Osasuna at the Bernabeu on Sunday night. Los Blancos saw off city rivals Atletico Madrid 2-1 before the international break, while the visitors suffered a 2-0 home defeat to Getafe.  In the wake of needless criticism of his dancing celebration and disgraceful scenes of apparent racist chants outside Wanda Metropolitano, Vinicius Junior and his Real Madrid side continued their perfect start to the new season with a 2-1 success over Atletico in the Madrid derby.

Rodrygo and the effervescent Federico Valverde struck in the first half before an incident-filled substitute cameo from Mario Hermoso, who reduced the deficit in the 83rd minute before being sent off late on for two bookable offences. The Carlo Ancelotti juggernaut continues to roll on after Real made their best start to a season since 1968 at Wanda Metropolitano, and their winning streak in all competitions since the start of the season now stands at an astounding nine matches.

The reigning champions could be knocked off the top of the La Liga table on Saturday if Barcelona can secure three points against Mallorca, but Los Blancos will expect to respond against Osasuna as they aim to win their first seven games of a top-flight season for the first time since 1987. Furthermore, Real Madrid have scored at least two goals in each of their nine wins this term – albeit while keeping just three clean sheets at the correct end of the field – and only one of their last 31 league matches at the Bernabeu has ended in defeat.

Osasuna have also enjoyed a sustained period of victories in the early days of the new La Liga campaign, but in a bad-tempered clash with Getafe where no fewer than nine yellow cards and two reds were handed out, their luck ran out. Jagoba Arrasate’s men had already conceded a 30th-minute opener from Juan Iglesias before Chimy Avila was sent for an early bath on the stroke of half time, and Gaston Alvarez completed the job in a 2-0 win for Getafe, who also finished the game with 10 men following Luis Milla’s late red card.

Nevertheless, a total of 12 points from their first six games of the campaign has left Osasuna in a very healthy fifth position in the embryonic rankings, and they returned to winning ways during the international break with a 2-0 friendly success over Real Valladolid. Arrasate’s side have enjoyed quite the revival since failing to win any of their last six games in the 2021-22 season, but successive fixtures with Real Madrid, Valencia and Villarreal will be telling when it comes to Los Rojillos’ ability to sustain their European charge.

Osasuna have managed to hold Real Madrid to two 0-0 draws in the last two seasons – including their showdown at the Bernabeu in 2021-22 – but they have now gone 16 games without a win against the champions in all competitions since prevailing 1-0 in January 2011. Real Madrid have been dealt a blow with the news that veteran midfielder Luka Modric returned from international duty with a hip injury, and the Croatian will miss this game as well as the impending Champions League showdown with Shakhtar Donetsk.

Despite the presence of Eduardo Camavinga, reports from Spain have claimed that Dani Ceballos will instead join Aurelien Tchouameni and Toni Kroos in the engine room, as Ancelotti is attempting to persuade the ex-Arsenal loanee to extend his contract. Lucas Vazquez is still recovering from a thigh problem and should miss out again, but Karim Benzema has rejoined team training following a knee injury and could start here, although he is unlikely to complete the full 90.

None of Vinicius Junior, Rodrygo, Eder Militao or Dani Carvajal were seen in training on Thursday following the international period, but there is nothing to suggest that the quartet will not be involved here. As for Osasuna, Arrasate will have to cope without the suspended Avila following his sending off against Getafe, while Kike Saverio is still on the long road to recovery after rupturing his Achilles tendon. Right-back Ruben Pena suffered an ankle sprain earlier this week but has managed to recover relatively quickly, and Avila’s suspension could tempt Arrasate to introduce another defender in a shift to a five-man backline.

Atletico Madrid loanee Manu Sanchez could come back into the fold if that is the case, while David Garcia will incur a one-game ban if he picks up a yellow card this weekend. 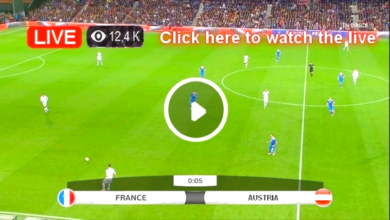