FC Cologne’s UEFA Europa Conference League opener away at French side OGC Nice on Thursday evening was marred by violent scenes that saw kickoff delayed by 55 minutes. After visiting Cologne fans were attacked outside the Allianz Riviera stadium, hooligans from both clubs — and others — fought running battles inside the arena, physically coming to blows and hurling objects, including pyrotechnics, at each other. Local police say that a total of 39 people were injured, including nine police officers and one man who fell from the upper tier, suffering a serious head injury and several broken ribs. Having initially been taken to hospital in a serious condition, the person in question is now conscious and stable.

Meanwhile, some of the approximately 10,000 visiting German fans have been heavily criticized for their behavior in Nice city center during the day, with the city mayor threatening to send a bill to FC Cologne. Conversely, Cologne fans and the club itself have criticized the inadequate policing and security on the Cote d’Azur. The Group D game in Europe’s third-tier competition eventually finished 1-1, a first-half Steffen Tigges opener for Cologne being canceled out by a second-half penalty from Nice’s Andy Delort. But all the fallout has focused on events off the pitch. Questions are once again being raised over the policing of football matches in France after the calamitous Champions League final in Paris in May, but also over the influence of violent hooligan elements in German fan culture, including links between allied fan groups from different football clubs and countries.

Outside the Allianz Riviera stadium, located 10 kilometers to the west of the city center on the edge of the motorway and the river Var, Cologne fans reported being attacked by local hooligans, with at least one reported to have been stabbed, but not in a life-threatening condition. DW has been told that others wielded sticks, stones and other weapons. When word of the attacks outside filtered through to fans inside the stadium, where most had been for over an hour before kickoff, approximately 50 of the more violent and hooligan-affiliated elements of Cologne’s hardcore ultra groups donned hoods and balaclavas, left the away end and proceeded to cross the main stand in the direction of the main Nice section, lighting and then throwing pyrotechnics as they went.

In a seven-minute long video filmed from the away end, which DW has seen, the Cologne hooligans can be seen accompanied by hooligans and more violently inclined ultras linked to German sides Borussia Dortmund and Rot-Weiss Essen, as well as French side Paris-Saint Germain, with whom some Cologne fans maintain friendly relations. The PSG ultras from the Supras Auteuil were banned from the Parc des Princes in 2010 under the so-called Plan Leproux, a new security concept introduced ahead of the Qatari takeover of the club, but still regularly attend Cologne games. The game against Nice, with whom the Parisians have their own domestic rivalry, was an added attraction and marked the first time the Supras had officially attended a game in France as a group, with their banner, since their 2010 ban.

Fans familiar with the various fan networks suggested to German broadcaster Sportschau that the fan who was stabbed may have belonged to the Supras, which may have explained the resulting violence inside the arena. Upon reaching the far end of the stadium, blows and missiles were traded with Nice fans and stewards, before the hooligans retreated, one falling from the upper tier in the process. The man, confirmed to be a French citizen and wearing a balaclava in the blue, red and white colors of PSG, suffered serious head and rib injuries, but is now reported to be in a stable condition. For their part, Paris Saint-Germain condemned the violence, saying in a statement:

Following the hooligans’ sortie across the west stand, their French counterparts responded by advancing across the east stand, with scuffles then breaking out in the north-west corner, where police finally intervened. Despite reports in the French media that the game was set to be abandoned, UEFA ultimately postponed kick-off by 55 minutes until 19:40 local time, on the condition that any further incidents would result in an abandonment. The game went ahead without further ado, but the fallout has continued. Mbappé has hit the ground running in Ligue 1 Uber Eats this season, scoring seven goals from seven games as Paris Saint-Germain have raced to the top of the table.

New coach Christophe Galtier has worked out how to get the best out of “MNM”, with Lionel Messi and Neymar Jr. lining up us two No.10s behind focal point Mbappé. AS Monaco pair Youssouf Fofana and Benoît Badiashile made impressive debuts against Austria – the former winning 12 of his 14 duels in midfield – and are expected to keep their places, with Olympique de Marseille’s Jonathan Clauss completing the Ligue 1 Uber Eats contingent. Jules Koundé and Mike Maignan went off early against Austria, and should be replaced by Willliam Saliba and Alphonse Areola respectively. Denmark could still overtake Croatia to top the group, although les Bleus lead their head-to-head record 7-4 with 17 scored to 10 conceded.

Paris Saint-Germain is going head to head with OGC Nice starting on 1 Oct 2022 at 19:00 UTC at Parc des Princes stadium, Paris city, France. The match is a part of the Ligue 1. Currently, Paris Saint-Germain rank 1st, while OGC Nice hold 13th position. Looking to compare the best-rated player on both teams? HaleemSat rating system assigns each player a specific rating based on numerous data factors. On HaleemSat livescore you can find all previous Paris Saint-Germain vs OGC Nice results sorted by their H2H matches. HaleemSat also provides the best way to follow the live score of this game with various sports features. Therefore, you can: Get real-time information on which team is dominating the match using the Attack Momentum Follow detailed statistics such as ball possession, shots, corner kicks, big chances created, cards, key passes, duels and more 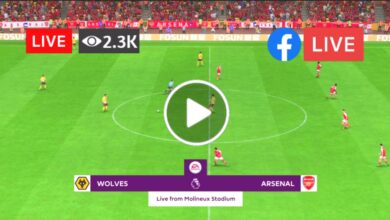