Top spot in Europa League Group E is on the line at the Anoeta Stadium on Thursday night, as Real Sociedad and Manchester United face off to learn their knockout destiny. Imanol Alguacil’s side hold a three-point lead over the Red Devils and simply need to avoid defeat on their own patch to consign the visitors to a knockout round playoff tie. Perfection has been the theme for Real Sociedad in the Europa League this term, but the same cannot be said for their recent La Liga endeavours, as Alguacil’s men seek to recover from back-to-back domestic defeats to ensure a last-16 place in Europe’s secondary tournament.

Sociedad head into the final matchday as the only team in the 2022-23 Europe League to have won all five of their group matches so far, the most recent of which came in a 2-0 win over Omonia last week courtesy of strikes from Robert Navarro and Brais Mendez. A tally of 10 goals does not place the La Liga outfit among the most prolific of teams in the Europa League, but they have conceded just one goal in the entire tournament so far – unsurprisingly the best defensive record in the competition and one that will be tested to the limit on Thursday night. In order to progress to the knockout stages as group winners, Sociedad simply need to avoid defeat by more than one goal against Man United, but their momentum in La Liga has taken a hit with successive losses to Real Valladolid and Real Betis without a goal in recent weeks.

Los Txuri-Urdin had previously won five on the bounce at home before being quelled by Betis, but Sociedad are now out to make it three home wins in a row in Europe for the first time since 1998-99, and the hosts have fond memories of their earlier trip to Old Trafford. Since succumbing to Mendez’s controversial 59th-minute penalty on the opening matchday of the Europa League, Man United have recovered in exemplary fashion to ensure that they will at least be in the hat for the knockout round playoffs after four successive wins. Of course, only one man stole the headlines before his return to the squad for last week’s visit of Sheriff Tiraspol, where Cristiano Ronaldo returned from punishment with a bang – scoring the third of his side’s three goals on the night after Diogo Dalot and Marcus Rashford had also netted in a 3-0 triumph.

Inflicting revenge upon Sociedad with a one-goal win will not be enough to seal top spot for Man United, who must win by at least two goals on Thursday if they are to automatically qualify for the last-16 and avoid one of the teams dropping down from the Champions League. Rashford’s 100th goal for the club was all it took for Ten Hag’s team to beat West Ham United 1-0 at the weekend, extending their unbeaten run in all competitions to eight matches in all competitions, and the resilient Red Devils defence has only conceded one goal in their last six matches. Man United also travel to Spain having scored in each of their last 12 Europa League matches away from home since October 2019, and they thumped Real Sociedad 4-0 at the Anoeta Stadium during the 2020-21 Europa League last-32, and replicating such a showing on Thursday would be their ticket to a first-placed finish.

Sociedad’s recent dip in form has coincided with a packed treatment room, as Mikel Oyarzabal, Umar Sadiq, Mohamed-Ali Cho, David Silva and Ander Martin are all guaranteed absences for the contest with Man United. Takefusa Kubo dislocated his shoulder in the win over Omonia last week and is one of a few doubts alongside Ander Barrenetxea, Aihen Munoz and Alex Sola, so Alguacil is not exactly blessed with options for rotation this week. Alexander Sorloth is sure to lead the line for an injury-hit Sociedad, and Alguacil can still bring fresh legs into the XI in the forms of Igor Zubeldia and Ander Guevara.

Man United’s medical bay is still brimming with occupants too, as Raphael Varane, Axel Tuanzebe and Brandon Williams remain sidelined, while Antony, Victor Lindelof and Anthony Martial were all absent from the win over West Ham too. Antony (knock) and Lindelof (fever) will not be out for long and could force their way into contention for this week’s game, while Martial and Aaron Wan-Bissaka have both returned to the training pitches, with the former aiming to kickstart his season after a couple of niggling issues. Ten Hag opted to hand Alejandro Garnacho his full debut in the win over Sheriff Tiraspol, but the importance of Thursday’s contest should see Rashford occupy the left-hand side, with Ronaldo in line to spearhead the charge against familiar opposition. 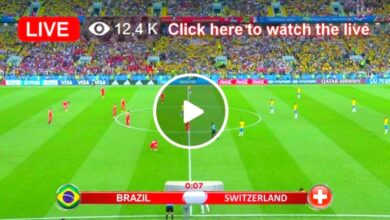