Manchester United will endeavour to bounce back from their Manchester derby drubbing when they resume Europa League duties against Omonia in Group E on Thursday night. The Red Devils have taken three points from their opening two games to sit second in the rankings, while their Cypriot hosts are rock bottom without a single point to their name. Competing with the big boys of Real Sociedad and Manchester United in Group E was always going to be a challenging task for Omonia, whose continental journey is at risk of an early end following back-to-back defeats to Sheriff Tiraspol and Sociedad.

The team now managed by ex-Celtic head coach Neil Lennon were close to snatching a point away from their clash with Sociedad after Bruno Felipe cancelled out Ander Guevara’s opening strike, but Alexander Sorloth came up with the winner 10 minutes from time for the La Liga powerhouses. With only one goal scored and five conceded in continental action so far, Omonia are following the script and occupy fourth place in the section after two matches, but they have at least managed to claim back-to-back domestic wins over Enosis and Doxa in the past couple of weeks. Lennon’s men have scored six goals and conceded none in those two Cypriot First Division battles, but they have won just one of their last 26 European matches excluding qualifiers, and their visitors simply have to lay down a marker in the wake of an Etihad embarrassment.

Unless you are Scott Parker’s Bournemouth, keeping Erling Braut Haaland quiet is often a fruitless endeavour, but the Norwegian was not the only hat-trick hero in Manchester City’s 6-3 humiliation of Man United at the weekend, as Erik ten Hag’s side saw their winning streak crash and burn. Phil Foden and Haaland both took home a match ball after breaching the Man United defence three times, and while Anthony Martial (2) and Antony came up with strikes of their own, the Red Devils were powerless to stop the Pep Guardiola juggernaut. Winning four games on the bounce in the Premier League would have seemingly been ideal preparation for the trip to the champions, but Man United were simply torn to shreds by those in sky blue, leading to waves of criticism from pundits, fans and journalists alike.

Clearly still finding their feet under the ex-Ajax coach, Man United have now lost two of their last three games in all competitions – the outlier being that 2-0 success over Sheriff Tiraspol in the Europa League – and the second-placed Red Devils sit three points behind group leaders Real Sociedad as things stand. Man United and Omonia have never locked horns competitively before, but the Cypriot side have lost all four of their previous games versus English opposition, but watching the Red Devils’ lacklustre defensive efforts at the weekend is cause for cautious optimism for the hosts. Omonia lost former Reims midfielder Moreto Cassama to injury after just 13 minutes of their defeat to Sociedad, and having missed the weekend’s triumph over Doxa, the 24-year-old is a major doubt for this contest too.

Hector Yuste was another casualty of Omonia’s most recent European game but was fit enough to make the bench at the weekend, and Lennon otherwise has no fresh concerns to report ahead of Thursday’s showdown. Having come off the bench to good effect last time out, Roman Bezus will push to displace Fotis Papoulis in the number 10 role, while ex-Reading attacker Brandon Barker will likely start on the bench upon his return to England. As for Man United, injury was added to insult at the Etihad when Raphael Varane was forced off with a knock to the ankle after 40 minutes, and while the issue is not thought to be too severe, he is expected to miss out here.

Harry Maguire will also take a little longer to battle back from a hamstring strain, while Martin Dubravka and Donny van de Beek are both doubts, although the latter has supposedly been deemed surplus to requirements by Ten Hag anyway. Cristiano Ronaldo was left on the bench at the Etihad out of “respect” according to Ten Hag, who may opt for Martial to lead the line over the five-time Ballon d’Or winner after his late brace as a substitute. 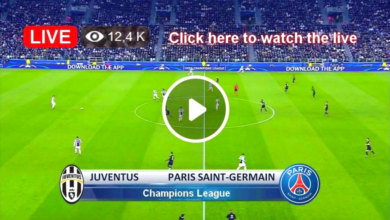