Liverpool will continue their preparations for the 2022-23 campaign with a pre-season clash against fellow Premier League side Crystal Palace in Singapore on Friday. The Reds opened their pre-season with a 4-0 loss to Manchester United on Tuesday, while Palace have played two friendlies this summer, drawing with Accrington Stanley before beating Millwall. Liverpool boss Jurgen Klopp selected a youthful side from the start against Man United on Tuesday before making a host of changes throughout the contest, and the Reds suffered a 4-0 loss to their bitter rivals in Thailand, with Erik ten Hag enjoying the perfect start to his time as Red Devils boss.

The Merseyside giants will be looking to bounce back from the disappointing loss when they face Palace on Friday, while the team will also take on RB Leipzig, Salzburg and Strasbourg in friendlies this summer. The Reds will face Manchester City in the Community Shield at the end of July, with their 2022-23 Premier League campaign beginning one week later away to newly-promoted Fulham. Darwin Nunez, Fabio Carvalho and Calvin Ramsay have moved to Anfield this summer, and it is believed that the bulk of the club’s summer transfer business is now complete, with Klopp happy with the squad that he has assembled for the new season.

Last term, Liverpool finished second behind Manchester City in the Premier League table before losing the Champions League final to Real Madrid, but they did win a FA Cup and EFL Cup double in 2021-22. Crystal Palace manager Patrick Vieira acknowledges fans during the lap of appreciation after the match  Palace, meanwhile, ended last season in 12th position, with Patrick Vieira impressing in his first campaign as head coach of the Eagles, having replaced Roy Hodgson at the helm. The Eagles have already played two pre-season friendlies, opening their preparations for the new campaign with a 1-1 draw against Accrington on July 2 before beating Millwall 5-4 in a thriller on Saturday.

Palace have now travelled to Singapore for the clash with Liverpool, while they will then head to Australia to take on Manchester United and Leeds United in Melbourne and Perth respectively. Vieira’s side will play their last friendly of the summer against Montpellier on July 30, one week before they open the 2022-23 Premier League season at home to Arsenal. Palace have signed three new players during the current window, bringing in Cheick Doucoure, Sam Johnstone and Malcolm Ebiowei, while there have been limited departures thus far, with Martin Kelly one of three players to depart at the end of their contracts.

Diogo Jota remains a major doubt for Liverpool due to a hamstring problem, but the Reds did not suffer any fresh issues in the four-goal loss to Man United. Head coach Klopp is again expected to make wholesale changes throughout the match, but the German could start with a strong XI, including new signing Nunez, who appeared off the bench against Man United. Virgil van Dijk, Fabinho and Thiago could also come into the starting XI against Palace, while there is likely to be a spot in the final third of the field for Mohamed Salah.

Palace, though, are missing a number of first-team players, with many not making the trip due to fitness and visa issues, including Marc Guehi, Wilfried Zaha, Eberechi Eze, Michael Olise, Christian Benteke, Will Hughes and Cheikhou Kouyate. The Eagles only have 10 senior players available for Friday’s match, so there will be opportunities for a number of younger players to make their mark during the contest. Vicente Guaita, Joachim Andersen, Nathaniel Clyne, Tyrick Mitchell, Joel Ward and Luka Milivojevic should all start, though, while Jean-Philippe Mateta, Odsonne Edouard and Jordan Ayew could play as the front three. 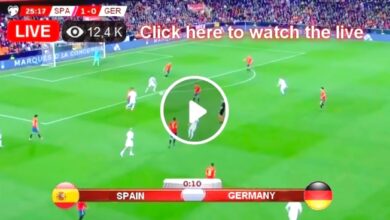