Wales and Iran head into their Group B fixture at the Ahmad bin Ali Stadium on Friday aware that victory could take them a pivotal step towards qualification for the World Cup knockout stages. After Iran had lost 6-2 to England on Monday, Wales came from behind to earn a deserved share of the spoils against USA later in the day.

After England had thrashed Iran, Wales and USA went into their respective game in Al Rayyan knowing that they could ill-afford defeat, and a 1-1 draw would have been the most popular prediction pre-match. Nevertheless, neither side particularly played in a manner where they were settling for a point, and Wales were fortunate to still be in the contest come the half-time whistle.

In the second half, it was a different story, the Dragons squandering a number of openings before Gareth Bale scored his first-ever World Cup goal from the penalty spot. While Wales’ star man was below his influential best, his confident effort from 12 yards has put Wales in a position where their fate will be in their own hands if they can defeat Iran. However, despite the draw being regarded as a point gained in the grand scheme of things, Robert Page’s side are now winless in six outings and have only prevailed once in nine matches.

Form counted for little as Iran were thoroughly outclassed by England, Carlos Quieroz’s side looking a shadow of the team that had previously collected a win and a draw from Uruguay and Senegal in September. To Team Melli’s credit, they never gave up and scored two consolation goals in the final quarter, the second coming from an extremely debatable penalty decision based on the threshold which had been used previously in the match.

Mehdi Taremi’s double highlighted his threat in the attack, and a substitute outing from Sardar Azmoun after injury will only encourage Iran ahead of this contest. Despite the presence of the aforementioned duo, Iran have not netted more than twice in a game in nine attempts, something which is ideally required as they look to reduce their negative difference.

Page has a number of selection dilemmas ahead of this encounter, including whether to include Kieffer Moore from the start after his impact against USA. Although Daniel James would be favourite to drop out, Page may want to manage fitness levels, with Harry Wilson also in contention to drop to the substitutes’ bench.

Ethan Ampadu’s ankle knock will be monitored, with Joe Morrell on standby to deputise, while Joe Allen may come into consideration for a substitute appearance despite not featuring since September due to injury. Iran will be forced into a change between the sticks due to concussion protocols after Alireza Beiranvand’s head injury against England.

Hossein Hosseini is in line to take his place, and Quieroz has a decision to make over whether to start Azmoun from the opening whistle. Although three changes were made at the break on Monday, Quieroz may favour familiarity, although Ali Gholizadeh will hope for a start after supplying the assist for Taremi’s first goal.

A crucial Group B match will see Wales look to do the business against the lowest-ranked team in the group, Iran.

Victory for either side in this match would give them a great chance of claiming a knockout stage spot, while a draw or defeat leaves them extremely vulnerable.

With both teams on plus odds, the bookmakers are punting on picking a winner and instead are backing a lack of goals and a potential draw.

The under and the “no” result of both teams to score are both extremely skewed towards the low end, as bookies expect there to be a lack of chances between two defensive-minded sides. Wales are expected to edge the scoreline, but overall, the biggest certainty is the absence of chances.

Wales head coach Rob Page will be happy to see that only Joe Allen has injury concerns. The Swansea City man has not played since mid-September thanks to a hamstring injury, and missed the USA game. Ethan Ampadu and Harry Wilson took over in midfield, although Ampadu himself took a knock and his current fitness is doubtful. Gareth Bale and Aaron Ramsey had fitness concerns coming into the tournament but both played 90 minutes against the United States.

Iran will be concerned over the fitness of star attacker Sardar Azmoun, who hasn’t played for Bayer Leverkusen since suffering a torn hamstring in early October. He was only fit enough to play 13 minutes off the bench against England. Goalkeeper Alireza Beiranvand suffered an ugly facial injury against England, with what appeared to be a broken nose and a concussion, in a collision with a teammate.

Wales, after picking up a late point against the United States, know that victory in this match will be important, but so will goal difference. If they can secure a win, they’ll want to pour on the goals in the hopes of getting a differential advantage over the United States, who will also be expected to pick up a win against Iran.

For the Middle Eastern nation, there is pride at stake, as even if they don’t qualify for the knockout stage, a better showing than their opening match 6-2 defeat to England would be something to enjoy. 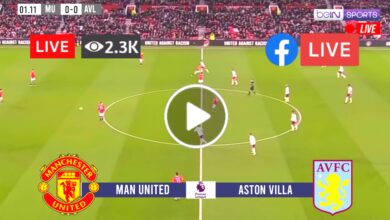