Led by Granit Xhaka, the Swiss squad possesses experience and quality in key midfield and defensive positions, but stern tests await in the shape of a strong group featuring serial winners Brazil, as well as Cameroon and Serbia. Switzerland has featured at 11 World Cups since making its maiden appearance at the 1934 edition. In recent decades, the Swiss have emerged as tournament regulars, with the side’s appearance in Qatar set to mark a fifth successive World Cup showing. Switzerland’s equal best-ever World Cup run took place 68 years ago when they played host to the 1954 edition and squeezed their way to the quarter-finals. Given the competition only featured 16 sides, the side’s position as runners-up in their group – which included England, Italy and Belgium – paved the way for entry to the last-eight.

However, the team proved unable to progress any further, losing a 7-5 thriller – the highest-scoring contest in World Cup history – to neighbouring Austria. Switzerland had reached the quarter-finals twice before, during the 1934 World Cup in Italy and four years later in France, before losing to then-Czechoslovakia and Hungary at the respective tournaments. Xhaka, 30, will be critical to Swiss hopes in Qatar. The highly experienced, combative central midfielder has been capped more than 100 times for his country and has displayed excellent form of late for his club side, Arsenal, in the English Premier League. He has scored three goals and registered as many assists in just 13 league games so far, with his box-to-box play demonstrating his attacking prowess, as well as renowned defensive abilities and attracting widespread plaudits.

Xhaka’s flying start to the season has come after he played an instrumental role in Switzerland’s impressive run to the quarter-finals of the delayed Euro 2020 capped by the team’s penalty shootout victory over much-fancied France in the last-16. His role in Qatar will be to function as Switzerland’s all-action central cog, linking up play between its defensive marshalls, such as Fabian Schar and Manuel Akanji, and attacking talents including Xherdan Shaqiri and Breel Embolo. But his notoriously feisty temperament will be under the scanner once again, particularly when the Swiss face up against Serbia on December 2. Xhaka, who is of Kosovo-Albanian heritage, was fined by FIFA for making an eagle hand gesture four years ago while celebrating scoring in a 2-1 win over the Serbs at the 2018 World Cup in Russia. The nationalist gesture symbolises the double-headed eagle on Albania’s national flag.

Switzerland will have a sense of the familiar in Qatar, with two of their group G opponents – Brazil and Serbia – offering a repeat of the side’s 2018 tournament matchups. Fans will certainly be hoping for a repeat of the results from four years ago when they held Brazil to a 1-1 draw and beat Serbia – as well as a victory against the group underdogs Cameroon this time around. Switzerland, who are the 15th-best team in the world, according to the latest FIFA rankings, may struggle to progress further than the last-16. But the team is certainly expected to represent a stubborn obstacle that more highly favoured opponents will do well to hurdle. If Xhaka can carry his recent domestic form into the tournament, it is not beyond possibility that he could drive Switzerland further than they have ever gone before.

For the more than eight million Swiss who will be cheering the team on, joyous surprises could just be around the corner. Selecao coach Tite named his 26-man squad for the Qatar tournament on Monday evening, which also included Tottenham’s Richarlison and Manchester United’s Antony, but Firmino was the most noticeable absentee with Martinelli, who only has three caps for his country, preferred. Jesus, like his Arsenal team-mate, had not featured in a Brazil squad since the summer but has been recalled to Tite’s World Cup selection, which consists of a near all-Premier League midfield with Manchester United duo Casemiro and Fred called up alongside Newcastle’s Bruno Guimaraes, Fabinho of Liverpool and West Ham’s Lucas Paqueta.

Brazil’s squad for the FIFA World Cup 2022 is official and it’s no surprise that superstar Neymar is leading it. Head coach Tite has opted for a lot of experience including Thiago Silva (38) and Tokyo 2020 Olympic champion Dani Alves (39) at the expense of younger players like in-form Gabriel Magalhaes (24) who plays for Arsenal. As always, Brazil have enough talent going forward to give any defence waking nightmares. The big surprise is the inclusion of Arsenal star Gabriel Martinelli at the expense of Roberto Firmino who’s had a difficult season so far with Liverpool. Rio 2016 Olympic champion Neymar has been in the form of his life with PSG this season so far while Vinicius Junior and Rodrygo led Real Madrid to Champions League glory this past season.

Then there’s Tokyo 2020 Olympic champions Richarlisson and Antony, Gabriel Jesus who’s helped Arsenal to the top of the Premier League, and Barcelona attacking wide-man Raphinha. Don’t forget that Brazil went out in the quarter-finals to Belgium four years ago at the last World Cup and Tite has opted for a strong, experienced midfield with the likes of Casemiro and Fabinho as defensive midfield options. The five-time winners have included 12 players from the English Premier League in the squad ahead of their Group G matches against Serbia, Switzerland and Cameroon. Manager Tito read out his selection at the Brazilian football confederation headquarters in Rio de Janeiro, narrowing down his list from a group of 55 players. 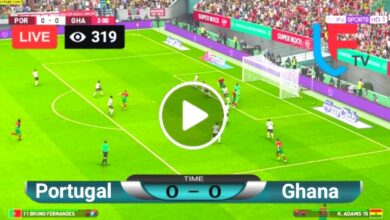