One of the final two spots for the World Cup 2022 will be decided in Monday’s AFC-CONMEBOL Intercontinental Playoff, as Australia take on Peru in the host nation of Qatar. The Socceroos scraped past the United Arab Emirates 2-1 in the most recent round of Qualifying, while their opponents finished fifth in CONMEBOL Qualifying. There could have hardly been a more contrasting set of results for Graham Arnold and Australia during World Cup Qualifying, with the Socceroos making it through the second round without dropping a single point and kicking off round three with a trio of wins on the trot.

However, Australia proceeded to win just one of their next seven matches in the stage to make it through to the playoffs by the skin of their teeth, with Japan and Saudi Arabia cruising through while dropped points against Oman and China did not help their cause. Arnold’s side were far from their best in their fourth-round fixture with the UAE, but second-half goals from Jackson Irvine and Ajdin Hrustic either side of Caio Canedo’s response sent them through to Qatar – at least for the playoffs – and a potential spot in Group D with France, Denmark and Tunisia.

The world’s 42nd-ranked nation have been present at every World Cup finals since 2006 but have been forced to accept three consecutive group-stage eliminations since, and Arnold has affirmed that the manner of his side’s showing against the UAE would not bear fruit in this battle. The Socceroos have now gone five games in a row without a clean sheet and could once again opt to field some relatively inexperienced names in Qatar, with the pressure to make some astute tactical decisions weighing extremely heavily on Arnold’s shoulders.

Taking just seven points from the first 18 on offer against stiff South American opposition spelled early danger for Peru in CONMEBOL Qualifying, but Ricardo Gareca did what he does best to keep his side’s hopes of a coveted place in Qatar alive. Gareca helped Peru end their 36-year World Cup Finals drought in 2018 and only oversaw one defeat from his side’s final six Qualifying matches to steer them into fifth place, eliminating heavyweights such as Colombia and Chile in the process. The 2019 Copa America runners-up warmed up for their World Cup Intercontinental Playoff in ideal fashion with victory over another Oceanic nation in New Zealand, with Gianluca Lapadula’s seventh national team goal proving to be the difference and registering a sixth win in nine matches for Peru.

Securing back-to-back World Cup appearances for the first time since 1982 would only elevate Gareca’s standing within the Blanquirroja faithful, and the two sides are no stranger to meeting one another when the stakes are high. Indeed, Australia and Peru were grouped together at the 2018 World Cup following their successful qualification periods, and Gareca oversaw a 2-0 win for his side in Russia, but the 64-year-old is sure to bat away questions surrounding that victory before Monday’s behemoth of a battle. Australia lost no players to injury during their fourth-round clash with the UAE, although midfielder Tom Rogic withdrew from the squad last week due to personal reasons.

Striker Adam Taggart was back in training earlier this week as he steps up his bid to become available, but 60-cap defender Trent Sainsbury is still being plagued by a knee injury, so Hearts centre-back Kye Rowles could once again man the backline alongside clubmate Nathaniel Atkinson. There have been calls for Arnold to revert Matthew Leckie to his natural role out wide as Jamie Maclaren returns to the forward line, but whether the Socceroos coach heeds such advice remains to be seen. As for Peru, 105-cap defender Luis Advincula was absent from the friendly win over New Zealand due to injury, but the 32-year-old’s father has declared his son fit for the playoff.

Midfield general Renato Tapia has also been put through his paces in training and should be fine to line up from the first whistle, but Edison Flores and Christian Ramos may not make it. Pedro Aquino and Aldo Corzo are set to make way for the returning Tapia and Advincula respectively, while left-back Marcos Lopez was taken off injured against New Zealand and ought to cede his place to Miguel Trauco. 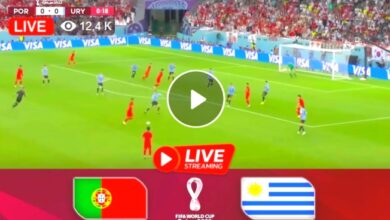