There have been plenty of positives in Arsenal’s pre-season preparations so far, from Gabriel Jesus’ explosive goalscoring start to heavy wins over the likes of Chelsea and Sevilla. But one of the negatives has been a few ongoing injuries. As it stands, Kieran Tierney, Takehiro Tomiyasu, Emile Smith Rowe, and Fabio Vieira are all out of action, four players who certainly add a lot to the squad. Any of them could even make a case as a starter this season. Arsenal fans are keen to see them all back involved, and Mikel Arteta has suggested that’s a possibility for next Friday’s match against Crystal Palace. “I think that most of them will be (ready),” Arteta said. “They’ll have to go through what they need to this week and then hopefully we’ll have them available.

“They are lacking minutes but we’ll have to build that up like any other injury that we get during the season.” There was a positive sign with Tierney in particular on Saturday, as he was involved in Arsenal’s post-match warm-down at the Emirates following the Sevilla match. Ultimately, Oleksandr Zinchenko will likely start at left-back against Palace, with Ben White at right-back, Gabriel Martinelli on the left wing, and Granit Xhaka in midfield. We probably won’t say any of the injured players starting immediately. The absent quartet are being covered for excellently, to the extent that it’s not clear who would’ve started the last couple of games if everyone had been fit. It’s always better to have options, though, so a return to the bench for any of the four would be very welcome.

The 2022/23 Premier League season gets underway next Friday with Arsenal facing Crystal Palace at Selhurst Park. And thanks to some good business in the summer transfer window so far coupled with William Saliba’s return after a successful loan spell with Marseille, the Gunners appear to be well prepared for the start of a new campaign – which is a far cry from what happened 12 months ago. In fact, even with Takehiro Tomiyasu, Emile Smith Rowe, Kieran Tierney and summer signing Fabio Vieira not playing a single minute of the USA pre-season tour which may make them doubtful for the Premier League opener, Arsenal manager Mikel Arteta is still in a position where he can name a strong line-up.

Saturday’s final pre-season friendly against Sevilla in the Emirates Cup will likely provide a clear indication with regards to the Spaniard’s plans in terms of team selection for the London derby six days later, although he is already facing some tough calls on which 13 players to leave out of his matchday squad. What is for certain is that Arteta was pleased with the team that started the 4-0 win over Chelsea last weekend, although he’s not getting carried away: “Yes, but it was a friendly match. As you could see there are a lot of positives to take from the game. The way we played, the intensity we showed, the way we were trying to show who we are as a team,” he said. “But at the same time, it’s just a test match. Don’t get carried away. There are still a lot of things that we have to get better at and do better. But I think it’s good to get some momentum, finish the tour in the right way, give some enjoyment to our fans and everybody that’s been contributing to make this tour happen.

Now it’s time to go back to London, to focus and keep making improvements and steps forwards.” In terms of improvements, the ideal scenario for Arteta when he wakes up next Friday morning is to have every first-team player fit and available for selection. However, taking all the transfer rumours into consideration, there’s a chance he won’t be able to select Bernd Leno, Nuno Tavares, Pablo Mari, Arthur Okonkwo, Lucas Torreira, Hector Bellerin or Pablo Mari. And those player sales could make room for a new addition in central midfield before the Palace game amid links to Leicester City’s Youri Tielemans and Lyon’s Lucas Paqueta. In a perfect world, the Gunners convince the Brazil international to join and he replaces Granit Xhaka where he operates as one of two ‘8’s’ in a 4-3-3 formation next to Martin Odegaard with Thomas Partey at the base.

They would provide protection to a defence that includes Aaron Ramsdale in goal behind, Benjamin White at right-back, Saliba making a first senior appearance for Arsenal – three years after signing from Saint-Etienne in a £27m deal – alongside Gabriel Magalhaes in central defence and Oleksandr Zinchenko at left-back. Bukayo Saka has nailed down his position on the right-hand side of Arsenal’s front three, Gabriel Martinelli looks a shoe-in on the opposite flank after an impressive pre-season and it’s almost certain that the club’s big-money signing Gabriel Jesus will lead the line at Selhurst Park. Crystal Palace is going head to head with Arsenal starting on 5 Aug 2022 at 19:00 UTC at Selhurst Park stadium, London city, England. The match is a part of the Premier League.

Currently, Crystal Palace rank 7th, while Arsenal hold 2nd position. Looking to compare the best-rated player on both teams? rating system assigns each player a specific rating based on numerous data factors. On livescore you can find all previous Crystal Palace vs Arsenal results sorted by their H2H matches. also provides the best way to follow the live score of this game with various sports features. Get real-time information on which team is dominating the match using the Attack Momentum Follow detailed statistics such as ball possession, shots, corner kicks, big chances created, cards, key passes, duels and more Check all head to head matches – for instance, in the last season Crystal Palace and Arsenal played 2 games against each other Track all home and away games for each team in the Premier League.

Check out how SofaScore community votes on which team is more likely to win this match.
All of these features can help you decide on Crystal Palace vs. Arsenal game prediction. Even though SofaScore doesn’t offer direct betting, it provides the best odds and shows you which sites offer live betting. Live U-TV odds are viewable on SofaScore’s Football live score section. Where to watch Crystal Palace vs. Arsenal? Under TV Channels section you can find the list of all channels that broadcast Crystal Palace – Arsenal live match. You can also live stream this match through our betting partners or click on any links on for a legal live . After a busy summer of transfer activity, Arsenal’s matchday squad for the Premier League opener against Crystal Palace will look a lot different from the one that closed out the 2021/22 campaign.

On the final day of last season, Aaron Ramsdale, Cedric Soares, Rob Holding, Gabriel Magalhaes, Nuno Tavares, Mohamed Elneny, Granit Xhaka, Gabriel Martinelli, Martin Odegaard, Bukayo Saka and Eddie Nketiah started the 5-1 win over Everton as the Gunners narrowly missed out on Champions League qualification. Meanwhile, Albert Sambi Lokonga, Alexandre Lacazette and Nicolas Pepe came off the bench in the second half as Bernd Leno, Benjamin White, Zak Swanson, Charlie Patino, Salah Oulad M’Hand and Emile Smith Rowe were Arsenal’s unused substitutes at the Emirates Stadium. By the time the Gunners take to the pitch at Selhurst Park a week on Friday, 75 days will have passed between Mikel Arteta naming a 20-man matchday squad for a competitive fixture and he will have to make at least two alterations given Lacazette and Swanson are longer at the club.

In fact, as things currently stand and going by the club’s official website, Arsenal have 33 first-team players listed. This means Arteta will have to leave as many as 13 senior stars at home for the game against Palace in the scenario that no transfers are completed between now and August 5. With that said, it would appear that there could be a few player sales completed very soon as there’s talk that the Gunners have reached an agreement with Fulham for Bernd Leno whilst Nuno Tavares and Pablo Mari are said to be attracting interest from Atalanta and Fenerbahce respectively.

Should the trio depart in the next week, a decision would have to be made regarding which other 10 players to leave out against the Eagles and the way pre-season has unfolded indicates that Alex Runarsson, Arthur Okonkwo and Lucas Torreira will not be called up by Arteta. Furthermore, with the futures of Hector Bellerin, Ainsley Maitland-Niles, Reiss Nelson and Folarin Balogun still up in the air, Arteta will be sending a clear message that those not included in the squad vs Palace are free to leave either on loan or on a permanent transfer. Now in terms of more incomings, the Arsenal manager and technical director Edu have already said a lot will depend on getting players out the door first so it’s possible that a deal for Youri Tielemans or Lucas Paqueta, for example, may have to wait until after the Palace fixture.

In a dream scenario where Arteta has no injury concerns, one can assume that summer signings Gabriel Jesus, Oleksandr Zinchenko, and Matt Turner will be involved in some capacity against Patrick Vieira’s side, whilst William Saliba could even start in south London after impressing in pre-season. This would leave the Spaniard with a few more tough calls to make as the likes of Cedric Soares, Rob Holding, Fabio Vieira and Marquinhos could be at risk of missing out. With that said, this does highlight the strength in depth Arteta has at his disposal which will be key to having a successful 2022/23 season. 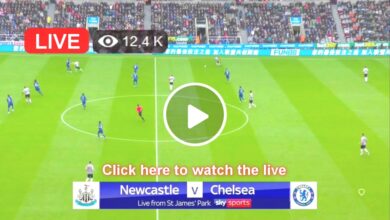